Our team is filled with rather excited film fans as the truly epic Jurassic Park series comes to an end tomorrow with the release of Jurassic World: Dominion. This beloved film series spans, 6 films, multiple theme park rides, and countless spin-offs. Believe it or not Garmendale Engineering have their own piece of Jurassic history as we’ve contributed to several of the iconic themed experiences inspired by this legendary film series. 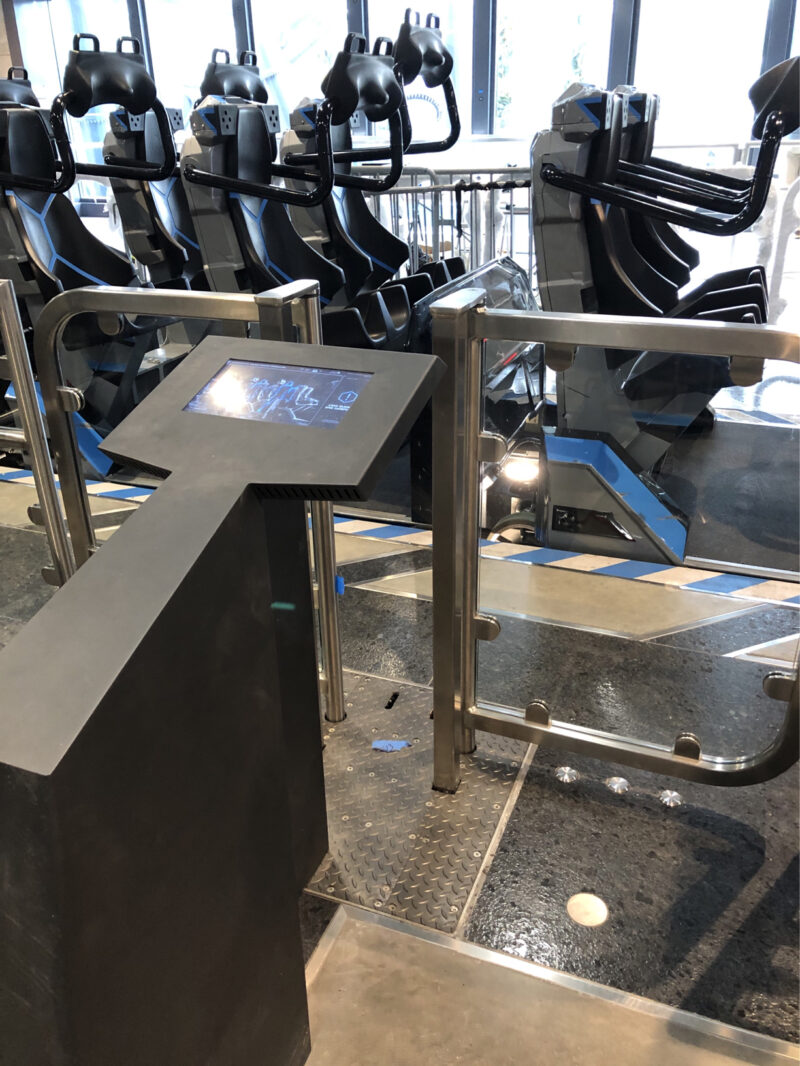 We unfortunately cannot confirm that our RG-11 gating systems are dinosaur proof but if they weren’t would they be fitted on not one but two Jurassic World ride systems. In 2019 the re-vamped Jurassic World water ride opened to the public with all new theming and a brand gating system. Our RG-11 gating system offers a reliable, efficient gating solution, maximising guest protection whilst also enhancing passenger through-put. Our world-renowned gating system can also be found on Orlando’s latest heart-stopping rollercoaster. The Velocicoaster is one of the world’s premiere ride systems fitted with Garmendale’s state of the art gating system. This launch coasters theming required a sleek next level finish. In response to this requirement Garmendale created a first of its kind gate leaf with a glass in-fill.

Garmendale’s Jurassic journey doesn’t stop there as a few years ago our engineering came much closer to the dinosaurs. We designed and manufactured a bespoke track system for a world leading animatronics manufacturer. Designed to be completely transportable to linearly, and radially transverse a dynamic motion attraction standing 4m tall with a mass of 2 tons for live audiences around the world. Capable of travelling at 1.1m per second and designed to run 16 hours a day, 365 days of the year. Dual redundancy safety systems ensure the highest level of safety. Each segment of track was designed and manufactured to be racked and stacked in a shipping container, enabling our track to travel anywhere in the world. You may be wondering ‘What 2-ton creature does the track support?’ Only the king of the dinosaurs as you can see below. This incredible attraction now travels the world as part of the Jurassic World exhibit.

It is fair to say we think the Jurassic Park films are roar-some and it has been a great honour to work on several world class attractions over the years. 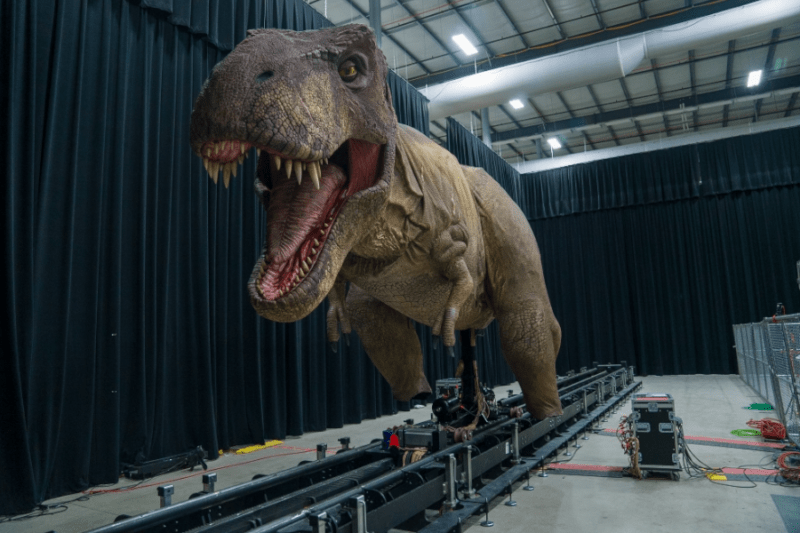 This August is the 90th Anniversary of arguably Denmark’s finest export and the Universes favourite toy. LEGO is one of the world’s most recognisable brands, with toys, films, tv shows, and theme parks all contributing to the legacy of LEGO (LEGOcy). In celebration of this incredible milestone we’d love to reminisce looking back on a […]

Summer is well and truly on the way with Theme Parks and other attractions in full preparation for the holiday season. Garmendale have been extremely busy over the last few months with refurbishments and exciting new projects. However not all of these exciting developments revolve around theme parks. Occasionally Garmendale have the great pleasure of […]